Why We Need to Adopt DevOps? 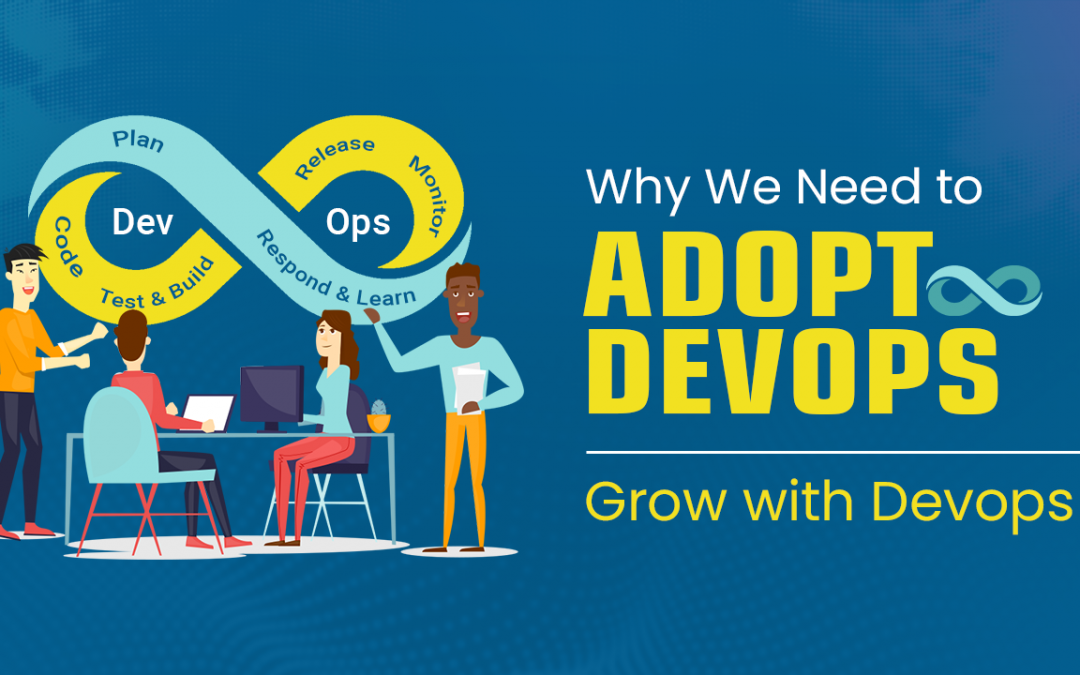 Just a few years back, there was a thought that what if it becomes possible that we could have 10 deploys per day (referring to velocity conference 2009)? In over a few months, the IT industry has gone exceptionally outstanding by shifting the paradigm of deployments from the manual, that took two weeks, to automated, that took only one hour or less.

DevOps is not a tool, technology or framework. Instead, it is a set of practices that help bridge the gap between development and operations teams in an organisation. By bridging the gap, DevOps eliminates communication barriers and makes collaboration easier.

DevOps is very much like Lean Principles. In the 1980s, by adopting Lean Principles and practices, manufacturing organisations drastically boosted plant productivity, customer lead times, product quality, and customer satisfaction, which enabled them to win in the marketplace. Similarly, DevOps is also a very promising tech practice that remodelled the deployment process and deepened its root in the IT industry as a demanding unit.

Quoting the words of Rama Kolli the Product Manager of PayPal at the DevOps Summit Enterprise  held in San Francisco;
“Before adopting DevOps practices developers were drowning in tickets, in fact, the primary activity for developers was not to write code but to actually file and follow up on tickets”.

They were taking Days to create a new application and weeks to deploy on test servers but after adopting DevOps practices, it fastened the building, testing, and deploying process from weeks to minutes. Thanks to DevOps which made developer’s mundane life to exciting and more productive.

DevOps is a huge accomplishment for the IT world but at the same time, it’s an alarm for those who are still resisting this practice. Unfortunately, the same thing might happen to these companies as it happened to those who lost the market share by neglecting the lean practices.

Many projects failed just because of the reason that the developers were not able to test the code at the staging environment. Consequently, they spend months designing the features that the customers don’t actually want and deploying the code that doesn’t work and then finding the bug in thousands of lines of code or fixing something that is not the real cause of the problem, demands heroics almost at every stage.

Takeaway:
What was good enough in previous decades is not good enough now! We must align ourselves with the latest philosophy, tools, and tech. Surely, DevOps would enable companies to provide a value stream to the customer, shortening the lead time, increasing the productivity and creativity of their developers which will ultimately result in a handsome market share.